PART 2: It’s Time We Called This Scam Out

Published on February 20, 2020.
by Rebecca Tillman-Young

HERE’S WHAT WE KNOW

o understand Lydia’s problem, we have to take a deeper look at modern art training.

First things first, I want to bust a myth.

Remember how Lydia told me she felt like she just wasn’t “talented” enough?

Yeah. That’s a load of nonsense.

A lot of artists want you to THINK that making art is all about some mystical “talent,” awarded to some at birth, and refused to others.

Drawing is a SKILL, not a talent. It’s something YOU CAN LEARN.

But that leads me to the next problem…

The truth is, most art training is either A. super inefficient, or B. completely inadequate.

Let’s start with A.

A big part of the problem is that a lot of the people out there teaching this stuff are not actually portrait artists.

They might be okay at it, but ultimately they’re just following a curriculum without fully understanding WHY.

I mean, there’s honestly not a huge incentive to help you reach your goals quickly, is there?

What all this means is that most people end up frustrated even after taking years of lessons. Ultimately, like Lydia, they wind up thinking it’s THEM that’s the problem.

Really, nothing is further from the truth!

Of course, drawing lessons aren’t the only way to learn how to draw…

You could always take college classes, for instance.

But let’s just take a quick peek into the drawing course curriculum from my own college (just the first year, by the way): 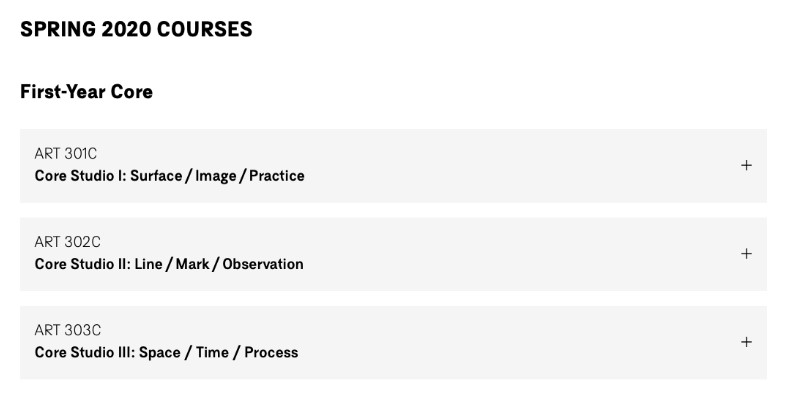 That’s a year of boring basics (with maybe one intro to drawing studio class if you’re lucky) before you even get to the stuff you care about.

And once you do…

PLUS, what that image doesn’t show, is that you can’t take many of those courses simultaneously. That list of six classes represents at least FOUR SEMESTERS!

That’s TWO WHOLE YEARS on basics before you get to the stuff you’re interested in.

I mean, who really has time to go take a full semester’s load of classes just to get the prerequisites for the portrait class that you really want to take (and which might not even be offered)?

The truth is that you don’t need all that stuff to start drawing lifelike portraits.

You don’t need a degree, or fancy college classes, or years of slow and inefficient training.

But that leads me to B:

Most art training out there is completely inadequate. It focuses on all the WRONG stuff.

If you ever took art lessons as a child, there are probably a few art-class-totems you’re familiar with. You know, the fruit bowls and skeletons and random objects that are a sort of rite of passage for artists.

I remember when, at around 8 or 9 years old, I begged my mom for art lessons. She agreed and signed me up with a local art teacher.

I got a brand new sketchbook and some new pencils, eager to start drawing realistic and interesting things.

But when I actually got into the lessons, I was incredibly disappointed. I wanted to draw people. Instead, I was given a banana.

I was skeptical, but with the promise of a portrait drawing lesson on the horizon, I carefully drew the banana. I tried to capture every curve and little brown spot.

I presented it proudly, expecting to move on to the interesting stuff right away. WRONG.

Next was the whole bowl of fruit.

So many tiny grapes and apples and bananas later, and I still didn’t get to draw the stuff I was interested in!

From fruit bowls, we moved on to blocks and cups and other random inanimate objects.

I think I may have quit the lessons before we even got to people. It was all just so frustrating.

I get what my teacher was trying to do. Understanding form is crucial for artists. But does it have to be SO BORING?

I don’t think so.

I mean, if you want to draw people, shouldn’t you practice on people? They have form, too, you know.

So you see, the kind of training that’s accessible for the average person just won’t cut it, and the training that might actually help you will take YEARS of your time and THOUSANDS of dollars to get.

And that’s why I was so angry.

See, the BIG LIE that I want to expose is that it DOESN’T take all that nonsense to draw lifelike portraits.

And what made it worse is that I had bought into it, hook line and sinker, for years. I went to art school.

I took 4 years of classes that (mostly) were irrelevant to what I really wanted to learn. I paid thousands in tuition and did all the boring exercises.

And what did I end up with?

A bunch of conflicting information, cheap formulas, and self-doubt. 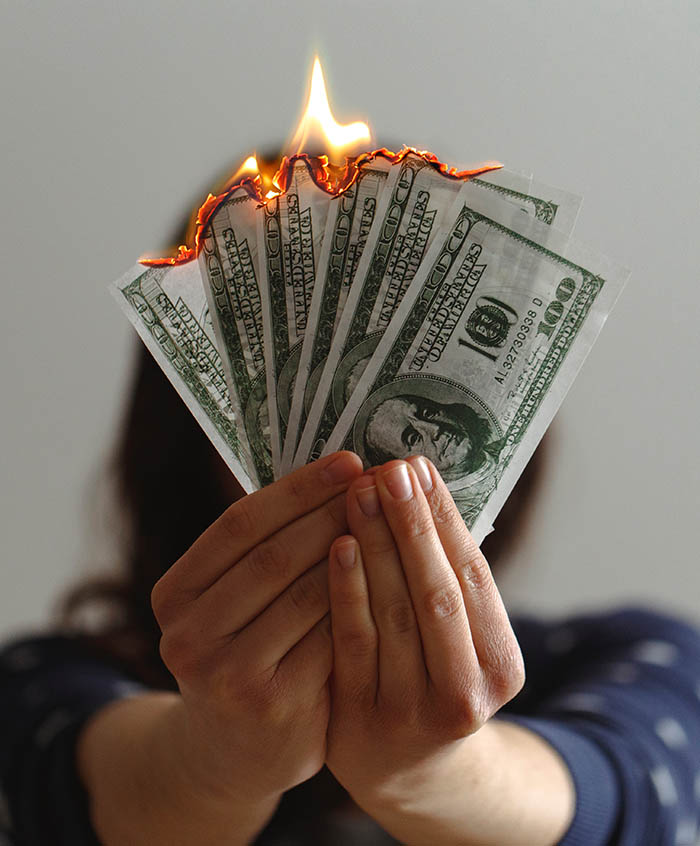 All you really need to know can be learned quickly and easily, without boring fruit bowls or years of college classes.

The old way of learning needs to die…And I’m here to kill it.